In the Bible we read about a “wounded spirit” and also about a “broken spirit.” In some ways the meaning of these two terms is similar. Both terms indicate distress. It is possible even that one person may have a wounded spirit in response to the same situation that results in a broken spirit for another person.

But the two terms stand in contrast. First let’s consider how they are used in Scripture.

“The spirit of a man will sustain his infirmity; but a wounded spirit who can bear?” (Proverbs 18:14). The same Hebrew word is translated broken in Proverbs 17:22, where we read, “…a broken spirit drieth the bones.” The Hebrew word literally means “stricken.” In both verses the NIV says “a crushed spirit.”

A wounded spirit is one that is hurting, but one in which the hurt has festered into unbearable attitudes and responses. A person with a wounded spirit lives in inner misery that focuses regularly on his injuries. Out of this focus come the following “unbearable” characteristics:

Is it any wonder the proverb exclaims, “A wounded spirit, who can bear!” Out of the wound oozes the stench of self-pity, bitterness, and accusation.

In contrast to this is the broken spirit. “The sacrifices of God are a broken spirit: a broken and a contrite heart, O God, thou wilt not despise”(Ps alm 51:17).

The Hebrew word translated broken is a strong word. It means “wrecked, shattered, even crippled or maimed.” The Lord delights in the person with a broken spirit. In Psalm 51, characteristics associated with such brokenness include:

God heals the broken-hearted. He declares that He will dwell “with him also that is of a contrite and humble spirit”(Isaiah 57:15). When we experience brokenness and the blessings that follow, we wonder why we resisted such joy and freedom for so long.

I am told that one village that received the Gospel for the first time and experienced genuine brokenness began the custom of greeting one another, “Do I meet you broken, brother?” Perhaps this would be a good practice to begin. 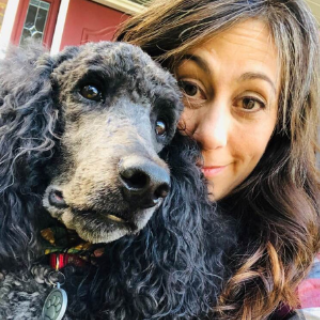 Sharing comfort and joy and the loving care of our furry friends!

All content © Leila Grandemange, LeilaGrandemange.com. Unauthorized use and/or duplication of this material without express and written permission from this site’s author and/or owner is strictly prohibited. Short Excerpts and links may be used, provided that full and clear credit is given to Leila Grandemange and LeilaGrandemange.com with appropriate and specific direction and Link Back to the original content. Thank you for your understanding. See Guidelines for Republishing.

All content on this site is property of the author, unless otherwise noted © Leila Grandemange